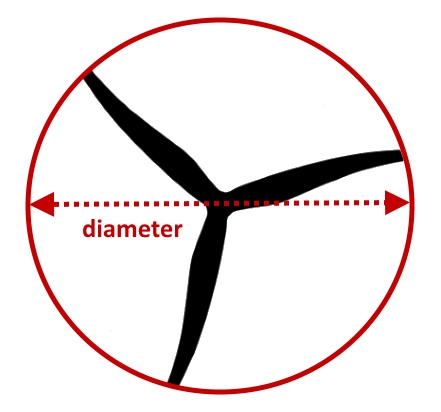 In aviation, reduced engines are used to be able to use large propeller diameters and thus increase aircraft performance.
Direct drive engines, without gearboxes, cannot use large diameter propellers, which reduces their performance significantly.


✗ Why use a large diameter propeller?

1/ Because it is necessary to use as much air as possible
The larger the diameter of the propeller, the greater the amount of air that passes through it: the air mass flow is greater.
There is less difference between the speed of the propeller airflow and the speed of the aircraft. Less energy is lost accelerating air unnecessarily.
This is even more important when flying slowly: for the take-off and climb phases, a large diameter is really essential.
A large propeller diameter is also favorable in cruise (the gap in traction is less visible but still interesting).

speed of these 2 propellers are the same

The larger the blade, the greater its tip speed (peripheral Mach).
The speed of sound at the tip of the blade is a limit: beyond that, the performance degrades and the propeller makes a lot of noise.
We will thus keep below the speed of sound (340 m/s).


✗ Ground clearance of the propeller

Of course, it is essential to keep a sufficient ground clearance of the propeller so that it does not touch the ground when rolling. E-Props recommends a "ground clearance", i.e. the distance between the tip of the blade and the ground, of between 7,87 and 8,66 in (in normal configuration, without touching the dampers).
For propeller aircraft, each manufacturer indicates a minimum distance to be respected between the propeller and the fuselage. 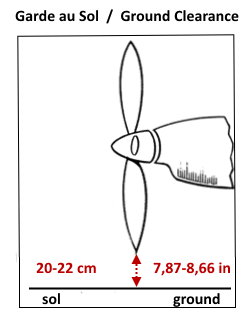 
Note: You want to avoid lifting rocks with the propeller's blast when rolling? Don't stay at minimum rpm. This is where a vortex is created that causes the rocks to rise towards the propeller. By turning slightly faster (200 rpm more), the airflow goes to the back of the blade and you will avoid most of the pebbles hitting the leading edge of the blades.

To get the BEST PERFORMANCE, take the LARGEST PROPELLER DIAMETER POSSIBLE


It is the ground clearance (or tail boom) and the maximum blade tip rpm that will define the ideal propeller diameter for light aircraft with reduced engines. 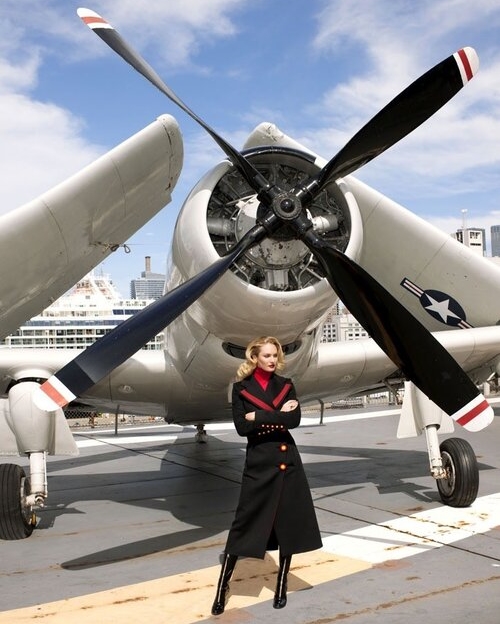